Apple fans could barely sustain their excitement when iOS 10 got launched at the WWDC on the 13th of June. And it comes with a bunch of exciting features. From the iMessage platform to Apple Music Makeover, Apple has finally tipped us on what we can expect from the all-new operating system. And by the looks of it, we’ve got some great list of features that is sure to generate positive reviews about the OS. It’s worth noting that the iOS 10 will not only be available in the upcoming Apple devices like iPhone 7, but the updates are also going to be available on some of the selected Apple devices. We have covered that in the iOS compatibility section along with other significant iOS 10 features in the list below.

Apple has done it, they have created a Siri SDK which means you can order Siri to follow more commands than you could before. Now third-party apps like Yelp, OpenTable, WeChat, Slack, and WhatsApp, can be operated by Siri. And this is something that’s available for now in the Beta version, so we are hoping by the time iOS 10 will be available in full version, things are going to be much more interesting.

We already know that although the iMessage for Android didn’t go well the platform has been quite a hit with Apple users. Being the company’s very own chat app, iMessage comes rich with features like users can play songs from Music or videos from YouTube without having to come out and move on to the app. Moreover, the emojis are going to appear bigger and users will be prompted to use emojis in place of certain words. The size of the texts can be changed for effective conversation and an entirely new feature called the ‘invincible ink’ which the recipient can only see after tapping or swiping. And due to the third-party integration, iMessage allows users to order a couple of services like sending money with Square, ordering food with DoorDash among things.

Apple comes with a display that shows users notifications whenever you pick up the phone while the device is still locked. Users can then respond using 3D Touch while the screen is still locked. Moreover, when dealing with apps that notify in real-time, you’d get live updates too. The whole thing looks and works differently, which seems to be the theme of the new operating system. It’s worth remembering though that the lock screen notification is nothing new and Moto X has been doing this for years and has only made the lives of users easier.

The app is basically Apple’s very own competitor to Spotify. By the looks of it, the app is very clean and easily navigable. Some of the highlights are the new ‘Downloaded Music’ tab and the ‘For You’ section which recommends users with new songs every day. The app is going to be constantly updated for smooth functioning.

The new Photos App allows features that Google Photos had already incorporated last year. Users can now, access features like face recognition, sorting by date, place and person, object recognition, clustering among other things. It’s interesting to note, that Google allows you to store photographs in the cloud-free of cost but when to you out of space in Apple device, you’ll have to access to iCloud which requires a paid subscription.

Maps got a different design and have presently become open to third-party developers. So like iMessage, you can now search for a restaurant of your choice, make reservations without bailing out of the app, and summon a taxi to take you there. Maps has now got a gas station listings.

The Apple News app has become much more efficient than in the last OS. Previously, the stories that appeared were a random collection of news but now the news is divided into sections that aren’t random and make sense. The app also features a support section for subscribers.

Siri Answers And Types For You

The new iOS promises to boost the QuickType keyboard by use of contextual awareness which means, your location, calendar, etc are taken into consideration. Siri will provide suggested replies to the text messages. For instance, if anyone asks you, where you are, Siri can type and send the reply to the question.

Yup, HomeKit has survived and it has a new name – Home. Not a very innovative name, but it does help users to control all your smart home devices, provided that they come with compatible apps. 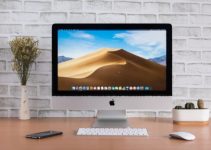